Originally listed in January, this pair of newly built homes, nestled next to each other on the corner of Aldama and Roy in Highland Park, recently closed for $1.56 million and $1.49 million, respectively. According to data available on Redfin.com, the lots were sold together in June of 2016 for a total sale price of $607,000.

The developers, L.A. Green Designs, had their work cut out for them. Check out the before picture below, grabbed from Google street view. But judging from the combined sale price of $3.05 million, the effort appears to have paid off.

Situated in the center of Highland Park, the homes are beautiful, but don’t exactly fit in with the rest of the block, which is still dotted with the Craftsman and Spanish architecture that’s original to the neighborhood. We’ll see how long that lasts. 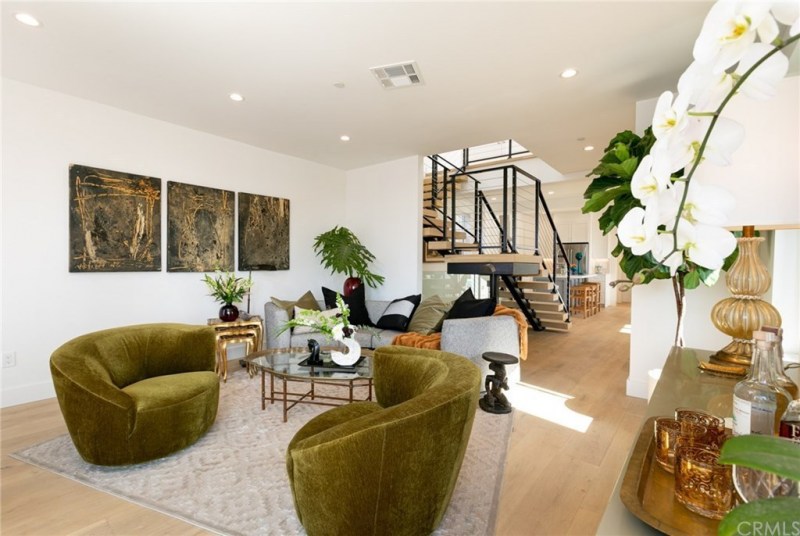 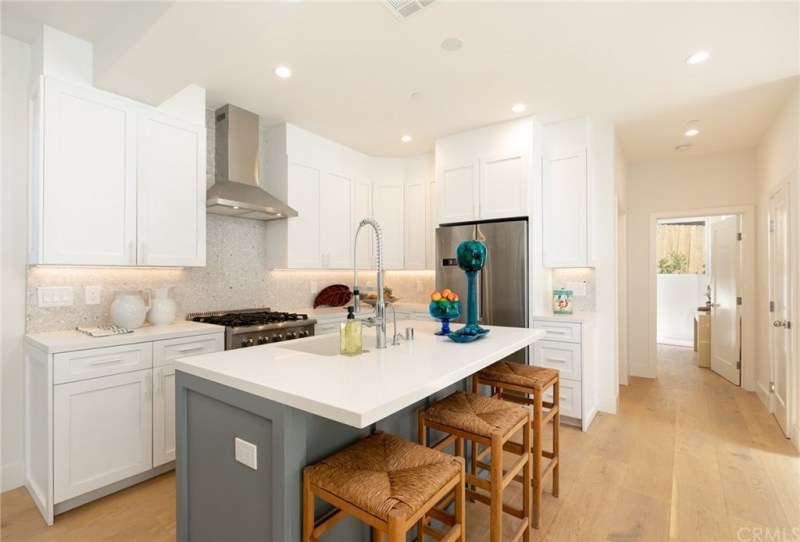 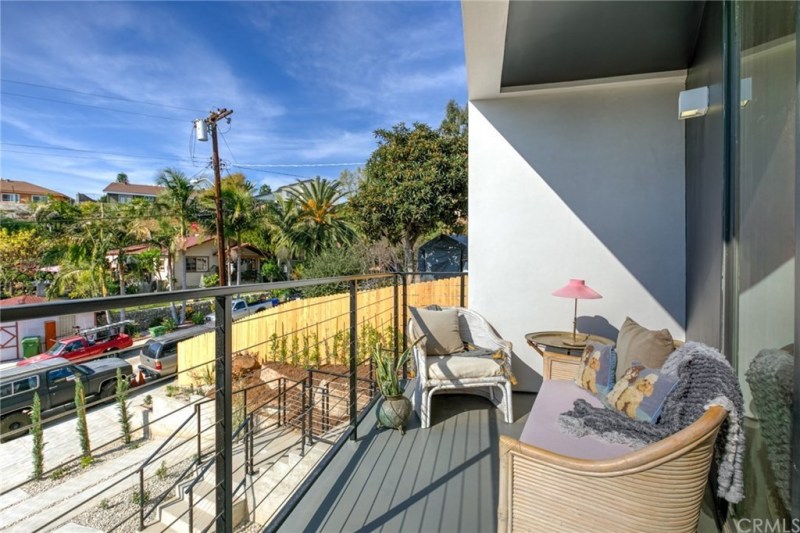 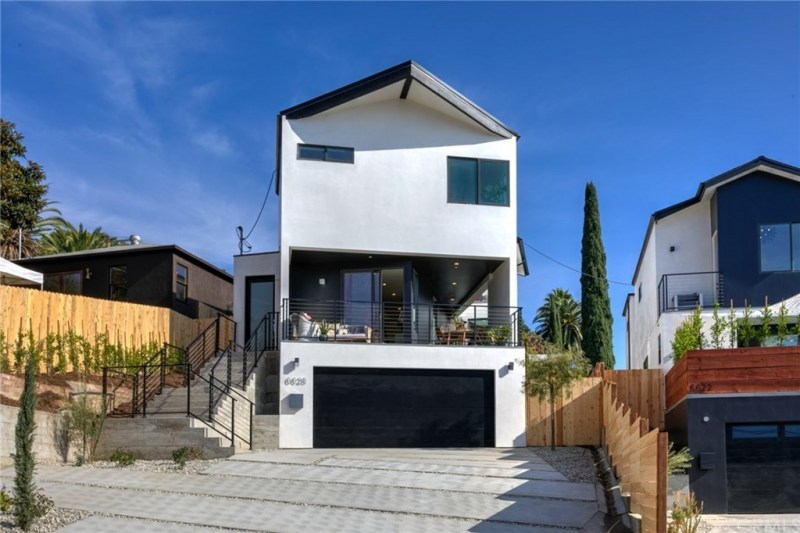 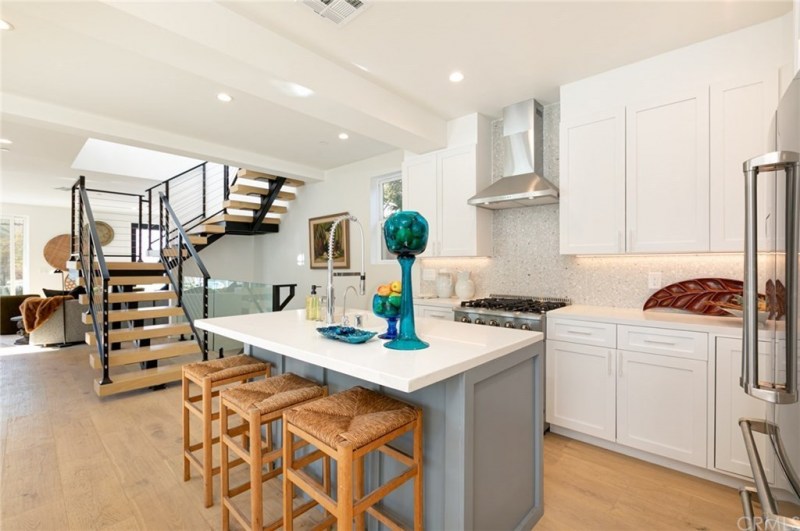 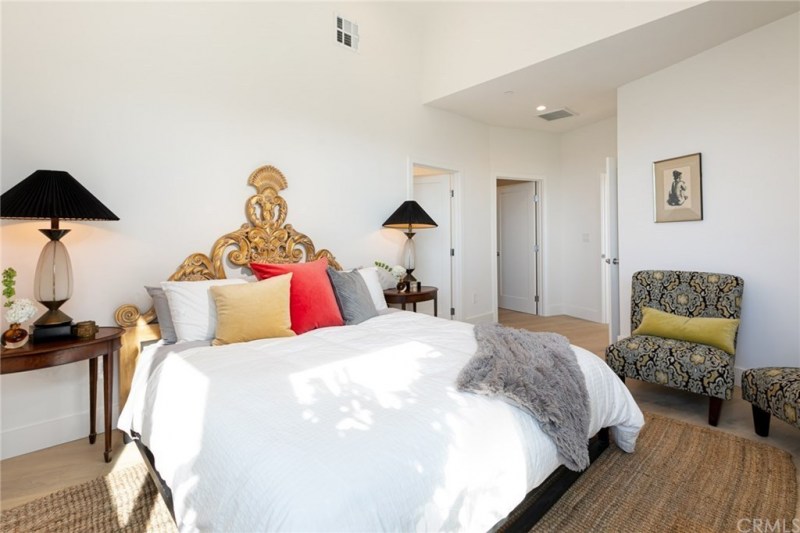 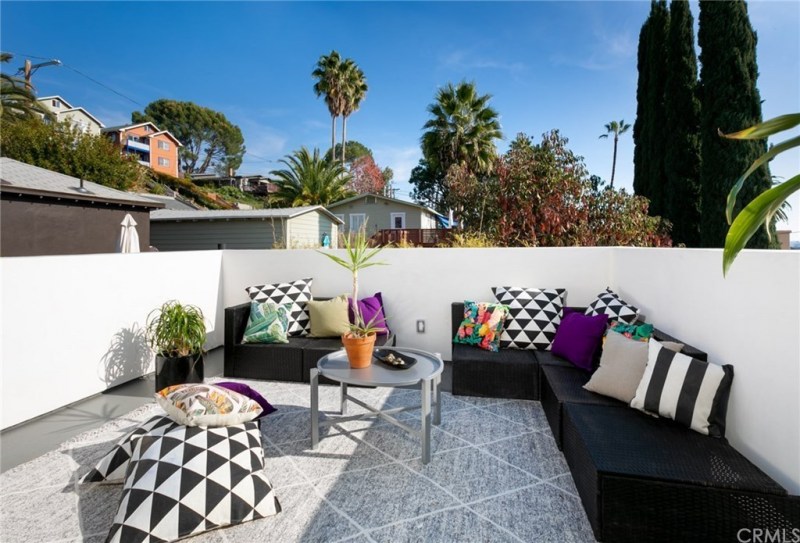 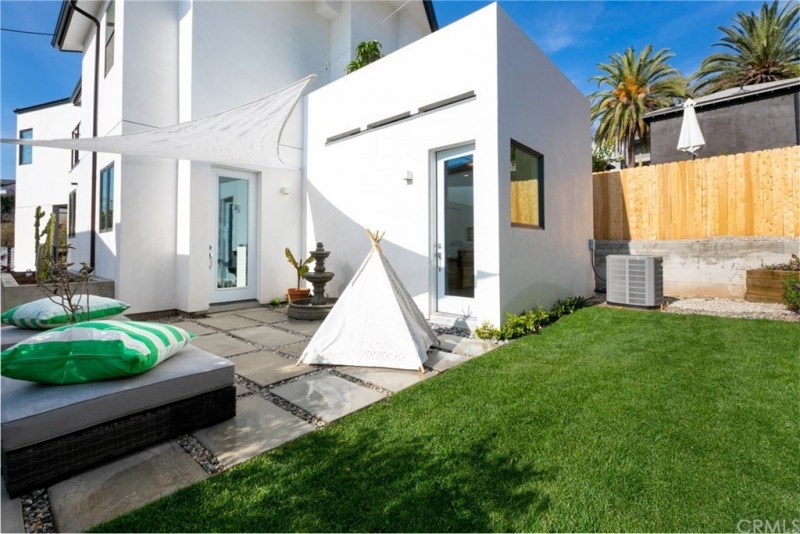 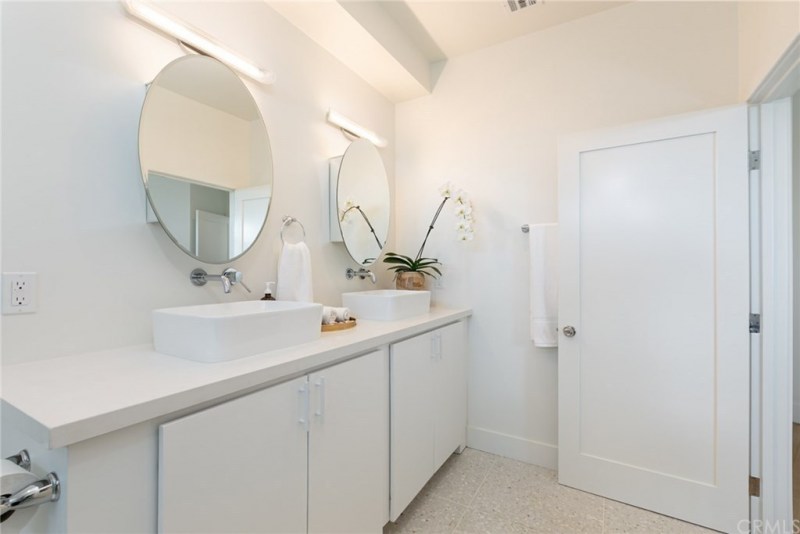 Although slightly smaller than it’s twin to the south, 6628 Aldama fetched a higher sale price and was off the market faster likely because it boasts four bedrooms as opposed to three. Also, given that it is situated slightly higher up the hill on Aldama, it probably has somewhat better views from the master bedroom and first-level deck. 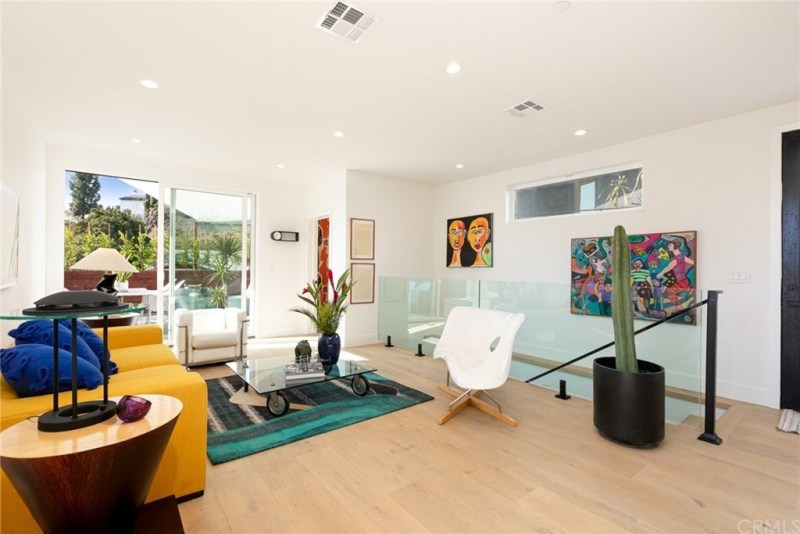 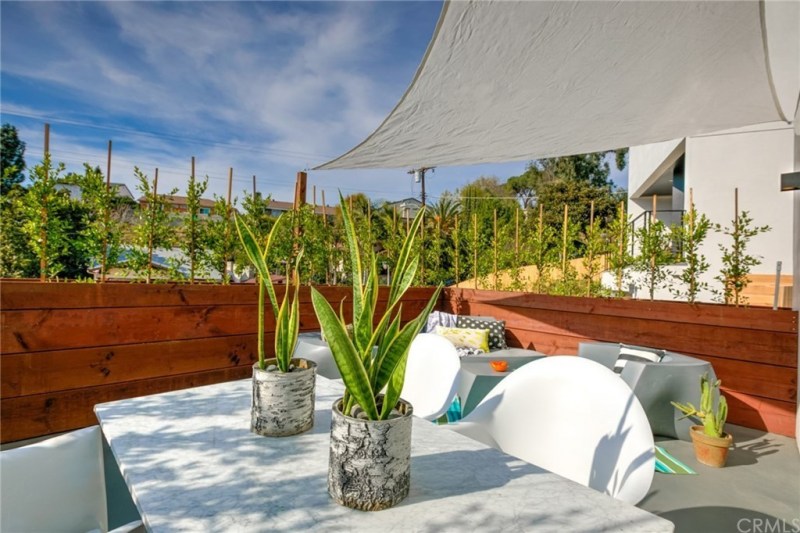 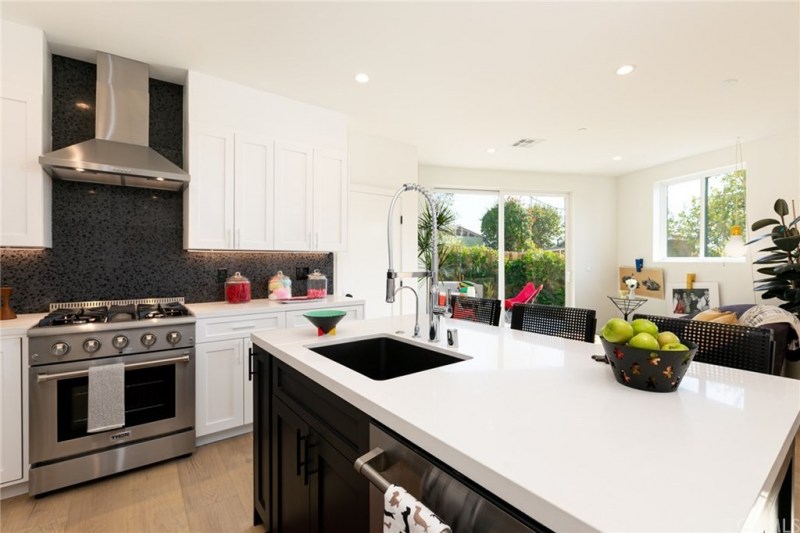 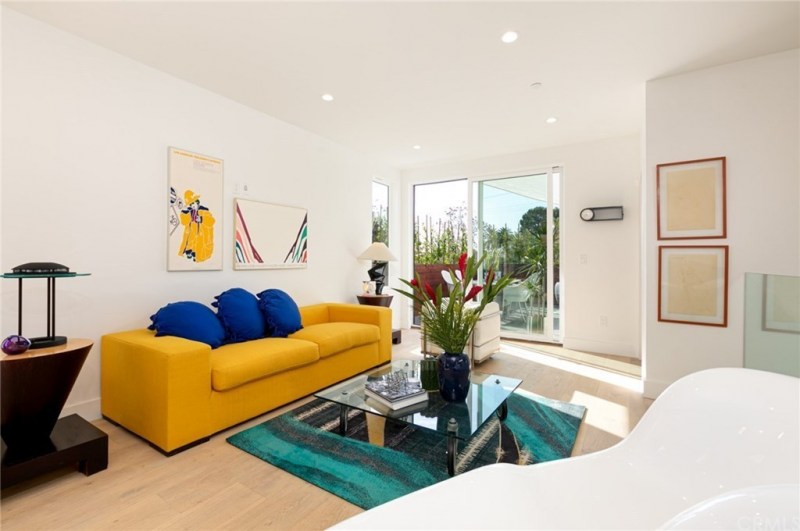 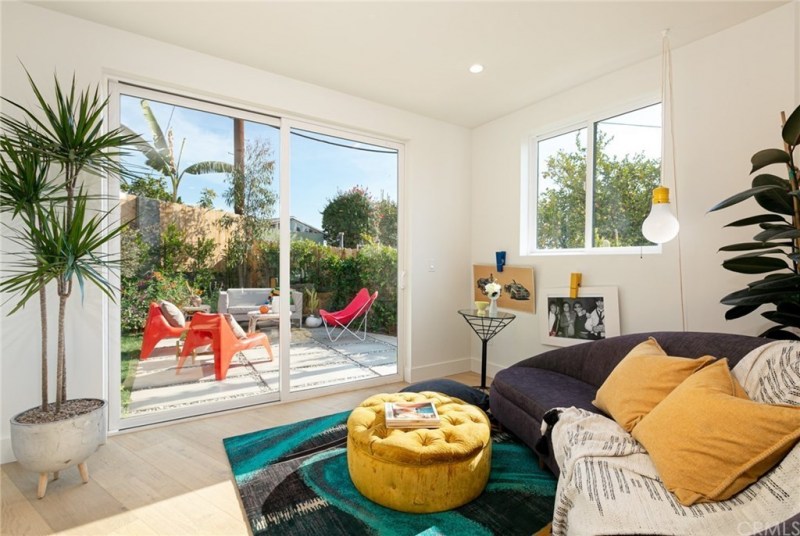 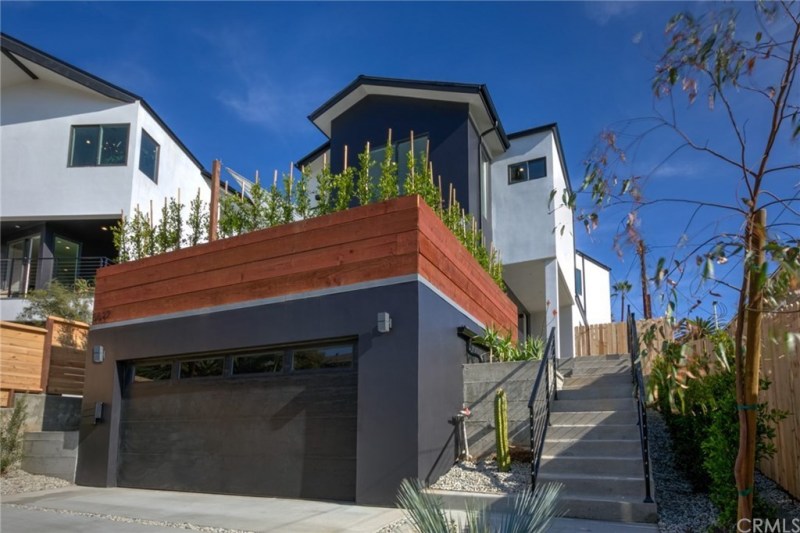 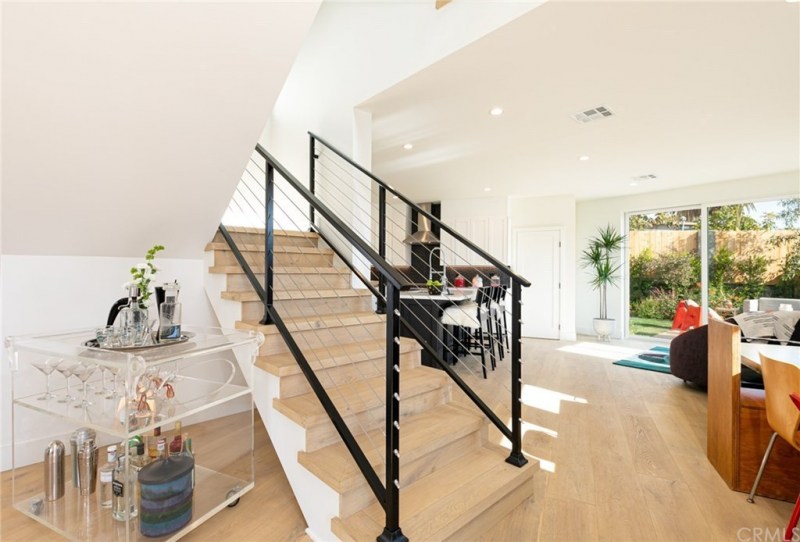 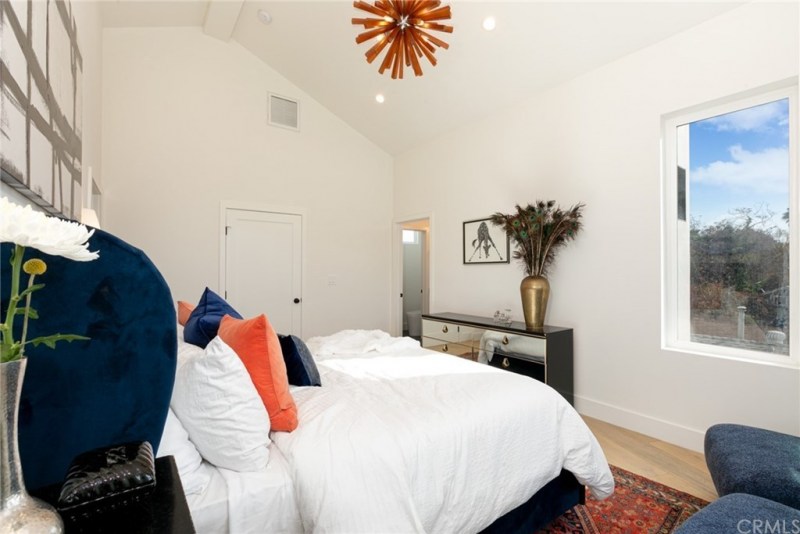 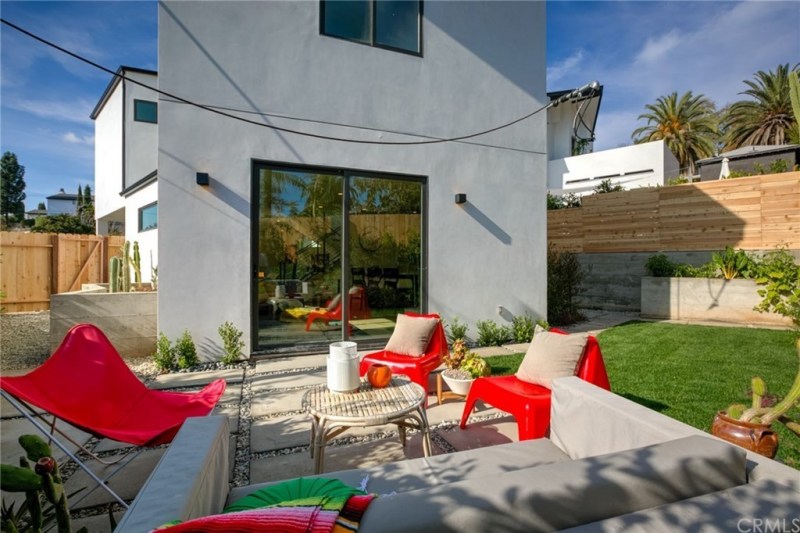 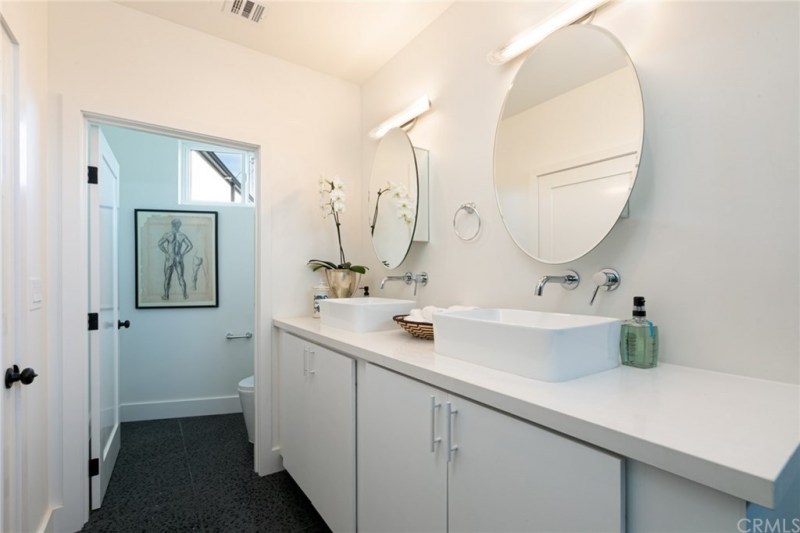 With one fewer bedroom and on the same size lot (4,800 sq. ft.), 6622 Aldama appears to have traded the bedroom for more outdoor entertaining space. The interior finished are similar to its twin, but there are echoes of the black exterior found throughout in the form of “black custom-poured artisan terrazo,” according to the listing description.

Jeffery is a seasoned data journalist and has covered the California real estate market for over a decade.

Jeffery Marino
Jeffery is a seasoned data journalist and has covered the California real estate market for over a decade.

Eagle Rock Plaza has been sold

Aerial view rendering of the homeless shelters planned for 7570 N. Figueroa St in Eagle Rock, across from the Eagle Rock Recreation Center | Image: Board Report 6/17/21 / LA Department of Recreation and Parks