Ramona Sierra, 90, and Suzanna Bermudez, 65, are bracing for eviction from their rent-controlled bungalows at 4542-4544 Eagle Rock Boulevard in Eagle Rock. Sierra has lived in her bungalow for 40 years. Bermudez and her husband, who are both disabled, have lived in the bungalow three doors down from Sierra for seven years.

This particular eviction story starts in 2017, when Randy Stevenson of Allegro Capital Partners, LLC bought the property after the previous owner died. Since then, Stevenson has asked the Los Angeles City Planning Department for permission to convert each of the five bungalows on the land into a separate subdivision. If permission is granted and Stevenson decides to sell the bungalows, he would be allowed under the Ellis Act, a state law, to evict the women.

Does Stevenson plan to sell the bungalows and evict Sierra and Bermudez? You decide. At a recent hearing on his subdivision application in the Planning Department at City Hall, Stevenson said nothing as Sierra and Bermudez pleaded with the hearing officer to prevent their eviction. Stevenson did not respond to multiple requests for comment from the Boulevard Sentinel.

Against that backdrop, Sierra and Bermudez have not waited for official eviction notices to speak up and ask for help. They are trying to keep their homes before the eviction process becomes unstoppable.

The recent hearing on Stevenson’s application in the Planning Department at City Hall, which took place on May 22, was a wrenching episode in the efforts by Sierra and Bermudez to resist eviction. Sierra took the bus to City Hall to attend the hearing, where she met Bermudez, who had taken the Metro rail.

When it was her turn to speak, Sierra said to the hearing examiner: “I am 90 years old. Thank you very much. I hope you can help me.”

The hearing examiner, Courtney Shum, thanked Sierra for her testimony and replied that that there was nothing the City could do to prevent their eviction. She said the City’s hands were tied by the Ellis Act, which lets evictions proceed as long as the owner meets certain requirements, such as paying Sierra and Bermudez $20,000 apiece to leave.

The only glimmer of hope at the hearing came when Shum granted a request for a 45-day delay in processing Stevenson’s application. The request was made by Mark Jones, the planning deputy for Eagle Rock’s City Councilmember José Huizar.

After the hearing was over, I suggested to Sierra and Bermudez that we drop into Huizar’s City Hall office to personally ask him for help. Huizar was not there because he was attending the City Council’s regular Wednesday meeting, but Martin Schlageter, Huizar’s policy director, met with the women. Schlageter was empathetic and said the Council District would do what it could to help them.

What that may be is hard to say. A week after the May 22 meeting at City Hall, the Boulevard Sentinel emailed Huizar’s office to get a progress report. Rick Coca, Huizar’s spokesperson, replied that they were working with the City’s Housing department “to ensure all rights of these senior residents…are protected and executed to the fullest,” adding that, “just because this proposed conversion is legal, doesn’t make it right.”

Can this eviction be stopped?

Sierra and Bermudez first learned of Stevenson’s plan in November, 2018, from a public-notice flyer that was tacked to a telephone pole in front of their bungalows. They brought their plight to the community’s attention on December 4, when they attended a meeting of the Eagle Rock Neighborhood Council (ERNC) where Stevenson presented his subdivision plan. After Stevenson, Sierra and Bermudez spoke, the ERNC passed a motion and sent a letter to City Planning recommending that Stevenson’s subdivision plan be denied on the grounds that it would eliminate existing tenant protections and was an “end run” around City protections for affordable housing. The letter was in the file on May 22, when Shum, the City Planning hearing officer, said the City could not prevent the evictions.

The Boulevard Sentinel has made Sierra and Bermudez the subject of two Facebook posts, both of which have generated outpourings of dismay. The first post documented the attendance of Sierra and Bermudez at the ERNC meeting on Dec. 4. The second one was posted after the meeting at City Planning on May 22. Following that second post, Jane Damien, of Eagle Rock, arranged for Sierra and Bermudez to meet with tenants’ rights activists. In addition, Jonathan Rowell, who grew up in Eagle Rock and now lives in Thai Town, started a GoFundMe campaign for Sierra and Bermudez that has so far raised nearly $1,000 – to pay for legal costs and other expenses as they keep up their fight or for relocation costs if they have to leave.

Or, how about a victory celebration should they be allowed to stay?

NOTE:  For prior postings about this story please click here. 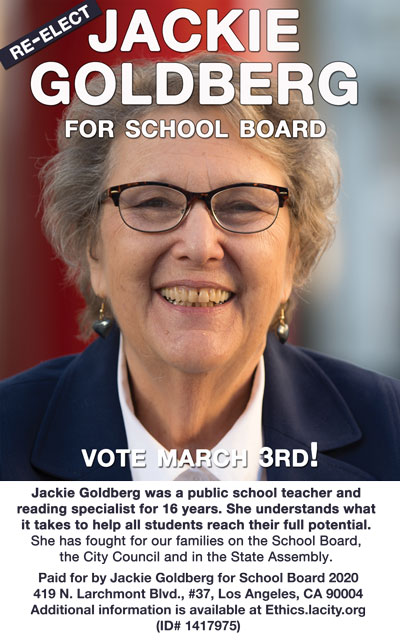 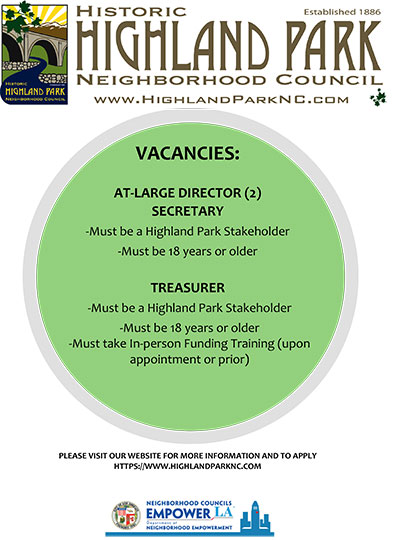 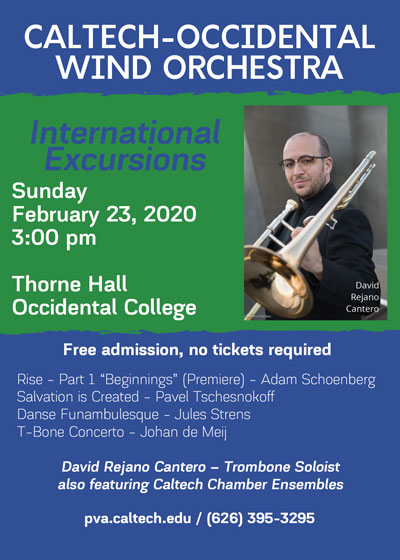 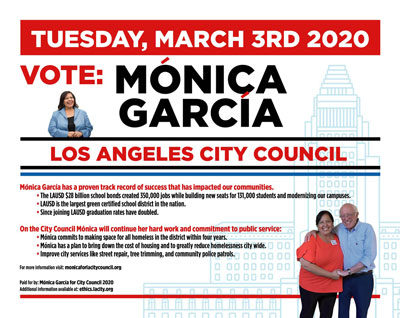 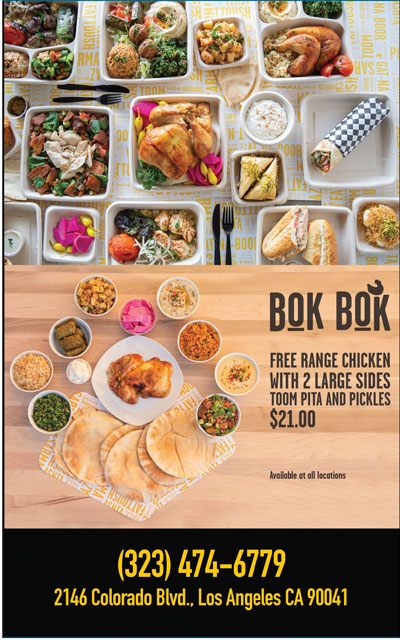 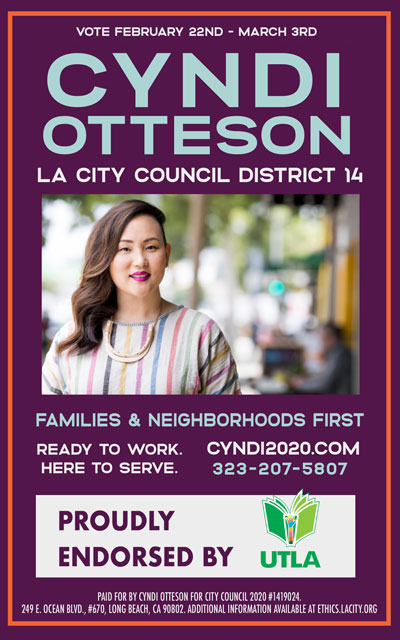 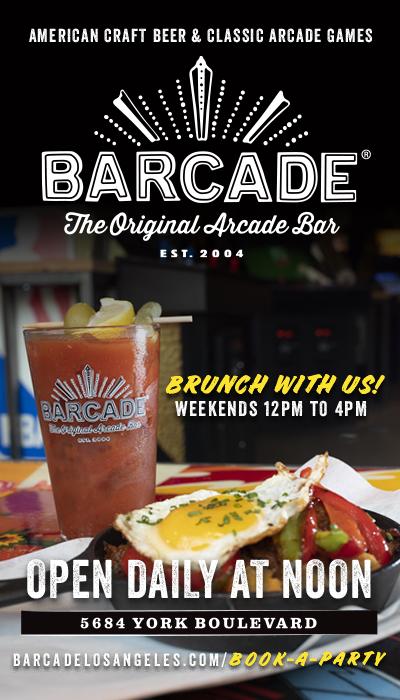 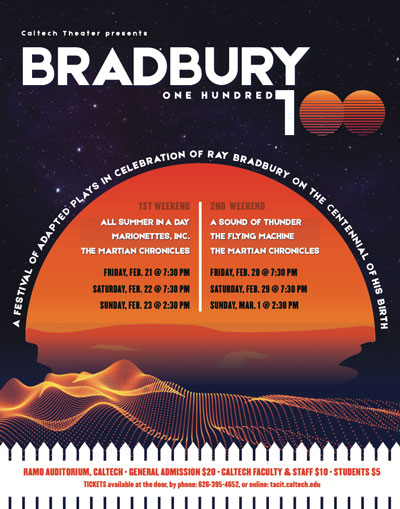 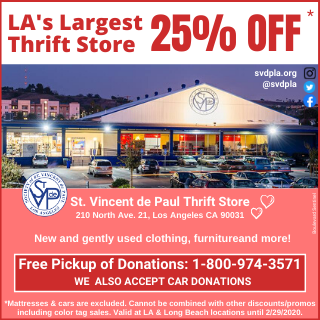