A pair of back-to-back competitive grants totaling $34,109 will allow Eagle Rock Elementary School (ERES) to buy and install a state-of-the-art lighting and projection system for its auditorium.

The upgrade is some 50 years overdue, give or take a decade or so. Teachers and students are wary of even turning on the current equipment and when they do, it often malfunctions, if it works at all. The outdated system is unworthy of the invaluable 400-seat auditorium — Eagle Rock’s oldest standing school building, built in 1917 and still in daily use during the school year.

The obsolete equipment is also unworthy of the superior arts education offered at ERES. The school is a leader in theater, choir and dance, with classes, clubs and performances for all 800 of the school’s pupils in kindergarten through 6th grade.

The grant bonanza started late last year, when Carol Tanzman, the ERES drama teacher, and two other teachers won a $2,000 “Unsung Heroes” grant from Voya Financial. The money was given to support “Living Newspapers,” a program developed by the teachers, in which students create theatrical productions depicting historical and current events, great lives and novels.

The $2,000 was earmarked to buy a new lighting board. But it soon became apparent that a modern lighting board would not work with the auditorium’s antiquated lighting system.

Two parents, Michelle Gunn and Lara Hilton, worked with a committee of teachers at ERES to apply for a grant from the American Theater Wing, a non-profit group best known as the creator of Broadway’s Tony Awards.

The grant proposal was a torpedo to the heart of the matter. It explained that more money was needed to buy and install compatible equipment to use with the new lighting board and that to get the most from the new system, the school also needed a giant screen and rear screen projector. Such equipment enables the creation of backdrops and settings and is especially important now that school budgets to build and paint theatrical sets have been starved.

The grant proposal also described ERES’ special connection to the arts, fostered by teachers, parents, students, alumni and community. Some highlights: For the lower grades, there’s a special Studio Classroom for teaching theater basics, as well as a choir and a hula club. There are dance classes for all 4th graders and a dance club for 4th to 6th graders to learn choreography and practice their moves. The upper grades use the auditorium to stage original productions and plays from around the world, as well as Shakespearean plays and Greek dramas with a modern twist (think: Macbeth in Zombieland or Antigone as a tale about bullying). Special programs have brought in professional performers to teach stage sword fighting, assemble a student rock band and talk with students about performing.

In the end, ERES received the full amount it needed. In addition to the $2,000 from Voya Financial, it received $32,109 from the American Theater Wing’s Andrew Lloyd Webber Initiative – named for and funded by the impresario of musical theater to promote theater at under-resourced public schools. The grant for ERES was the single largest award made by the Webber initiative this year, or “the biggest piece of the pie,” in the words of Stephanie Leach, principal at ERES, at a celebratory school assembly on Feb. 16.

There is no overstating the difference the new equipment will make. There will be no more “don’t touch that” warnings. With a usable, modern lighting and projection system, students will take charge of theatrical design and production, learning how to operate equipment, use light as an art form, collaborate, cooperate and create.

The show will go one at ERES at a new and higher level of education, performance and achievement. The grants to make that possible are gifts, but in this case, the grants have been earned, year in and year out. 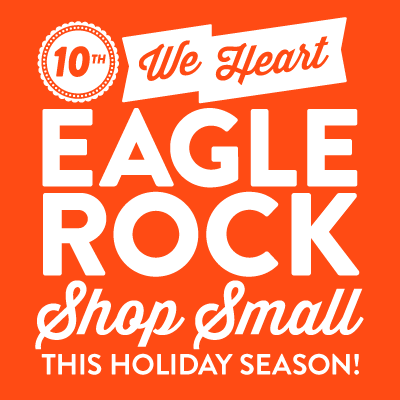